Day 2: The Feeling of Greatness Has Returned

Hey guys (and gals!) As the day began, we did A LOT of exciting things. But…before we begin, lets talk about the bad things that happened first:

1. We lost two of our matches today due to physical problems/changes on the robot and just because we were against a better alliance team. That’s okay though, because we have plenty of matches to go tomorrow to make up for it!

2. We didn’t stay for opening ceremonies tonight…just due to fatigue after a 12 hour day the majority of the team wanted to come back to the hotel and get some sleep. We will for sure be going to closing ceremonies so I will take pictures there!

3. The fatigue is setting in. I think everyone is tired because we aren’t used to sleeping somewhere new for this long, but that’s okay! After about an hour after waking up we are all awake!

NOW FOR THE GOOD:
1. Our gracious professionalism today was on point! We were more talkative and willing to say “Hey” to the community and the people working/competing there! The whole team was pretty awake and alert today, so it was nice to teach them our motivational songs and how to get the public pumped up! We got a lot of “You guys just made my day betters” or “This made my day” from people!

2. We had two groups of judges come and talk to us today! The first group were only two and one of them was our actually judge yesterday in judging. They had questions about our robot during the game and the second set was a larger number..if I recall correctly it was 4-6. They were interested in our autonomous and how it worked.

3. We got to go to the dome today to see FRC and FLL! Their games this year are amazing! The pits were in a giant warehouse-essue area, with both FRC and FLL practice fields. Seeing the FRC teams’ robots made ours seem really small, and the FLL practice fields could be taken up by two of our robots. Going to see the other leagues let us see the other sides of FIRST. But going into the main hall where the FRC had their matches… It was intense. And extremely fast; they had the teams in and out really quickly getting the arena setup with amazing speed! There we a lot of volunteer’s everywhere all of the time more than welcome to help you. The FRC game this year seems to really intense and the FLL kids as always: are super cute and really amazing for being so young and making it into the top 3% of teams around the world.

4. We get to go to the City Museum tomorrow evening! I am really excited for that because I have been there before…a couple of times. Basically what it is, is a giant warehouse FULL of toys. You can touch anything and there are walls, literal walls, made out of bread pans or stamps or old glass soda bottles. There is a 7 story slide, a giant organ, the worlds largest pencil and a food shop! I am SOOOO excited to take the team there and get our heads out of the game for awhile.

The FRC game for this season can be found at: https://www.youtube.com/watch?v=mAN1B7oKDXE

The FLL game for this season can be found at:  https://www.youtube.com/watch?v=po9j6vpuW7A

5. I got to meet an inventor today and talk to a lot of colleges who are interested in engineers, and people wanting to go into business.

6. My face was drawn today by an NXT powered lego robot. The inventor who designed these things was: Danny. He is Italian, married, and internet famous! Google him you guys. “Danny from Lego”

7. I got my makeup done by: Jane! Google “Jane Makeup” The woman is amazing!

On another side note: I forget to mention that Gillian and I went to a team social for a little bit yesterday. The founding fathers of the FTC were there and the actual game designers of this years FTC Cascade Effect were there answering any questions that we had. I was the first person to go up and I asked them: “What was that “ah-ha” moment when you both equally said: We HAVE to make this our game?” They both looked at each other for about 30 seconds and then sighed. They looked old in that moment, but it was okay because I would have let them take all the time they needed. Then they answered: “Long nights.” It was a joke but they continued with: “Last year when we announced Block Party we had two games developing at once. We chose to present Block Party to you last year because it seemed like a lot of fun. So when this year rolled around, we wanted to give all of you something harder because of how smart you are. We were visiting a company this year and learning how they manufacture their product and for some reason, that is when we said yes. After a lot of game rules a set up and a show off, it went through successfully and now all of you FTC teams are in the top 3% of all of the FTC….which is saying a lot because the FTC is the largest growing program at FIRST.” I was completely amazed. Just two guys created this idea…it was a spark, which turned to a flame, and ignited the fire. 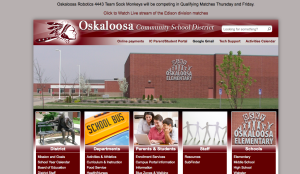