I became an educational entrepreneur by accident. A humble social studies teacher and Model United Nations (MUN) director by training, I am now working with students in over 50 countries to develop one of the most innovative global ed programs around: Online Model United Nations, or O-MUN for short. Up until 2011 there had never been a fully online version of this popular academic simulation. While precise estimates are unknown, it is likely that close to half a million students – grade 6 through university – engage in MUN each year. Tapping into this enormous community and undertaking the complex task of developing a free and open program for youth around the globe has changed my views on education, technology, and youth forever. And along the way, I have learned a few lessons that are as telling about the state of education and our comfort/discomfort with student-empowering technology as it is about the actual online debates program itself. So a bit of background is in order. 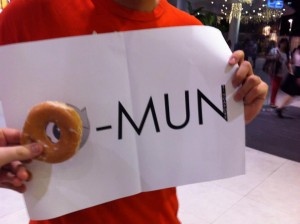 The first attempt at online MUN was done while I was a teacher at a private, for-profit online high school. I decided to start a Model UN club as my required extra-curricular activity. Using my Blackboard Collaborate classroom, I quickly realized that I needed a model to show my students. With the help of a co-collaborator, we rounded up a dozen students from around the world to test the viability of this platform. For nineteen hours, wave after wave of students found us, logged in, and tested out the room’s features, and  found them to be fun and engaging. Many of the very procedures we use in our program today were discovered and tested  in that first open session. I went to sleep that night with my computer on, listening to the chatter of students in Singapore and Malaysia troubleshooting how to vote or submit amendments. I woke the following morning a changed educator. Like a thunderbolt, I knew I had fallen into something potentially huge. With barely-above-average tech skills and a fair amount of MUN experience, I set out on  a path to develop an online, global debating program for high school students. Two successful debates later, my online school’s administration and corporate leaders began to catch the online MUN fever too, and that is when trouble started. 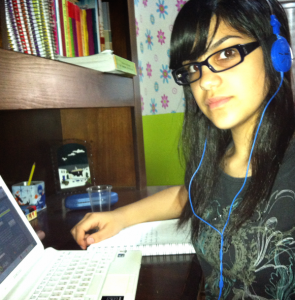 The response of my school was to pull the plug on the entire program. I was then entrusted to a minder and told not to publicly speak about the program. Attorneys were called in to assess how this program could be patented and monetized.  Figures were bandied about, with a princely $235 subscription fee per student the likely price for access to this online debates program. The program was to be run from behind the school’s enormous firewall, and developed in isolation and away from a larger international student population. People with no experience in MUN were put in charge of developing the program. So with the core values of this program at stake, and marginalized within the school for which I had developed the program, I made a tough decision. I walked away from my job and my expensive online classroom – the great enabler of the program. With no good alternatives in sight, and taking very seriously my non-compete clause, I sat it out for a year and, in September of 2011, relaunched the idea as O-MUN, a not-for-profit global education program offered up to students for free. (O-MUN’s vision can be found here.) 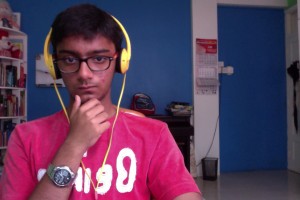 I tell this story in order to set the stage for what happens next. Without resources, we patched together free and open source technology tools to meet our growing needs. Having to  innovate as we went along, our operating costs were (and remain) negligible. We won an online Blackboard classroom in a contest hosted by Steve Hargadon. With that one precious room as the cornerstone of our program, we launched O-MUN. There was no  institutional backing and very limited ability to connect with a larger audience; in fact, most of the over-25 crowd studiously ignored us during that first year. But we grew because students found us, primarily via  our growing community on Facebook. When our debates were small, we wrung our hands, put our heads together, and tried to figure out the next plan of attack. For the students who got actively involved that first year, they worked together to innovate our leadership structure, down to the positions needed and what their job descriptions would be, how to run our Facebook communities, and what worked/didn’t work with Google Docs. Students actively developed our website, our banners and graphics, and our training and moderating programs, so critical for a student-driven organization. No one made students do this. They certainly didn’t do it for grades. This was in the era of pre-digital badges, so they didn’t even get that (they do now, but more on that later). Most would never meet one another face-to-face, but the O-MUN community esprit des corps soared that year, as did the social currency that binds communities together: inside jokes, shared mythology and legend, even a currency and theme song. 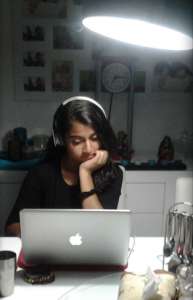 In the waning days of 2013, I look back at what has been O-MUN’s true international debut: a partnership with THIMUN, exposure and collaboration with a small but growing number of organizations, and a proliferation of programs driven by the demand and ideas of students around the world, working collaboratively, simply for the sheer love of MUN and their O-MUN community: a middle school and university level program, the first online model International Court of Justice, national programs in places like Taiwan , Singapore, Turkey, and France (and more on the way), a recently-launched French language version of O-MUN, with Arabic planned for 2014. The frosting on the cake has been O-MUN’s travel teams, proving to others as well as ourselves that online activity can translate into real, face-to-face skill development and opening a path for participation that normally would have been denied students without an online avenue to connect with the larger MUN community. 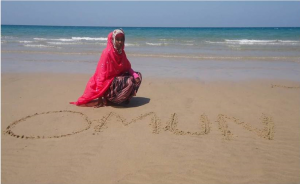 This week members of our community will share how Online Model United Nations has impacted them, professionally and personally, as delegates and as human beings. I believe they are the voices that educational thought leaders, teachers, administrators, and parents need to hear. What is driving O-MUN’s development is far removed from what we often talk about in education circles. It is my hope that the O-MUN story adds a fresh perspective to the global education conversation. 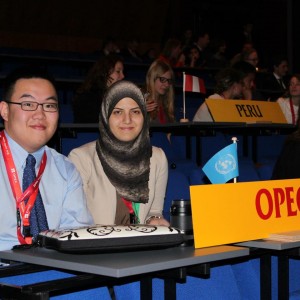