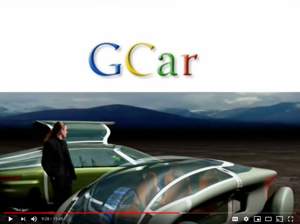 Since it’s now 2020, I thought it would be fun to revisit Karl Fisch’s video from 2006, titled 2020 Vision. In that video, Karl imagines he is the commencement speaker for the Arapahoe High School (AHS) Class of 2020, reflecting back on the past 13 years of schooling for that cohort.

In the video, Karl envisioned a number of possibilities:

It was fascinating to see some of Karl’s projections from 2006. Today we see a number of dual enrollment programs, for example, and secondary students in P-Tech programs, the Bard Early Colleges, and other initiatives are graduating with college credits. We also have seen some progress related to retinal projection systems, electric cars, solar energy, battery technologies, quantum computing, and other fronts. Many states and school systems are implementing competency-based education (CBE) frameworks and project- / inquiry-based learning initiatives, and 1:1 computing is increasingly prevalent in our elementary and secondary schools.

Today we also see greater skepticism toward Google than many of us had back in 2006. We are not as far along as we could be on the solar energy and electric vehicle fronts, which speaks to both societal inertia and entrenched resistance from companies, politicians, and other major economic actors. AHS is still AHS and, like most other schools, is still trying to figure out its place in a global innovation society. And, as Audrey Watters just reminded us, we have hundreds and maybe thousands of educational initiatives that occupy the graveyard of bad ideas and poor implementation.

What visions for learning from earlier in this century still resonate with you? What progress have we seen (or not)?