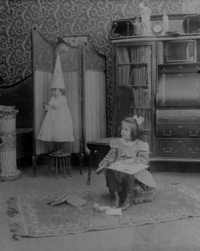 The Iowa Department of Education (DE) was quoted recently as saying, “We really aren’t looking at [3rd grade retention] as being punitive.” The problem, of course, is that it doesn’t matter how we as adults perceive retention. What matters is how the retained 8-year-olds perceive retention. And four decades of research is very clear that retention is viewed as extremely punitive by those students that are retained. In fact, students rate academic retention as a life stressor on par with losing a parent and going blind.

John Hattie, author of Visible Learning: A Synthesis of Over 800 Meta-Analyses Relating to Achievement, notes that “it would be difficult to find another educational practice on which the evidence is so unequivocally negative” (p. 99) and that “the only question of interest relating to retention is why it persists in the face of this damning evidence” (p. 98). Study after study, researcher after researcher, finds the same few things about retention:

Retention is not a policy unknown. Even the laziest of reporters or legislators can do a quick Google Scholar search and see that decades of peer-reviewed studies are clear that retention hurts kids and will hurt Iowa. The real policy question here is why don’t we care?