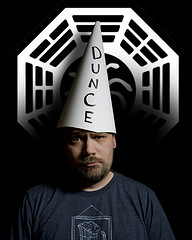 Iowa Governor Terry Branstad’s recent remarks about retaining 3rd graders confirm both the potential positives and the many negatives of in-grade retention in elementary school.

First, the potential positives: in-grade retention sometimes leads to short-term (1 to 2 years out) – and maybe even mid-term (3 to 5 years out) – academic gains. The peer-reviewed research shows that these test score gains occasionally occur when you force kids to repeat 3rd grade, partly because 4th grade test scores look better when low-achievers have been removed from the grade cohort and partly because retained students have had an extra year of schooling by the time they actually are tested in 4th grade. That said, the Greene & Winters study that Gov. Branstad mentioned in his guest essay comes from a research institute known to be quite ideological and has been cited as having serious methodological concerns. It thus should be viewed with skepticism.

Unfortunately, the peer-reviewed research also unequivocally shows that the longer-term effects of elementary in-grade retention are disastrous. A simple Google Scholar search brings all of the research to the fore. What it tells us is that 1) short-term academic gains due to retention disappear by the upper grades, 2) being retained significantly increases dropout rates (65% to 90% of overage children in grade 9 do not persist to graduation), and 3) retention greatly diminishes student self-concept as well as future life success as adults (e.g., lower postsecondary education attendance, pay per hour, and employment competence ratings). In other words, potential short-term gain equals a great deal of known long-term pain.

As Iowans, do we care more about brief test gains so that we look good compared to other states? Or do we care more about the long-term educational and life success of our children? Bumping up Iowa’s 4th grade scores for a short period of time so that we can feel better about our rankings compared to other states – at the expense of longer-term life success for our children – makes no sense whatsoever. To put it bluntly, what’s the point of having higher NAEP scores if our kids then later drop out of school? Do we want our graduation rates to look more like Florida’s (44th in the country)? It’s telling that the Governor and his education team continue to 1) ignore the long-term impacts of in-grade retention, instead repeatedly citing just a couple of proven-to-be-flawed studies that show short-term results, and 2) fail to produce an extensive body of peer-reviewed research that supports his retention proposal (because there isn’t any).

This is not an ideological issue (or at least it shouldn’t be). It’s a question of what the data show us, which are consistent and unilaterally negative impacts on students and adult beyond the potential first few years of test score gains. The Governor’s proposal to increase support and intervention for struggling readers in early grades is both admirable and desirable. But there’s absolutely no peer-reviewed research that supports the failure of 3rd graders and an incredible wealth of research against it. Iowa educators are asked to implement research-based best practices in their schools and classrooms. We should hold the Governor and the Department of Education to the same standards.

Say yes to intervention, but say no to retention.

Image credit: I thought we were supposed to get answers