What would be your reasoning NOT to connect your students to the world?

Twitter allows educators to connect and interact with resources, ideas, and people from around the world. Twitter allows educators to share their stories – positive stories included. We need more positive stories because, I’m telling you, there’s a lot of good going on in our schools – good that doesn’t get shared. Those walls you see around you do not have the power to isolate you and your kids any longer.

My question to you: If you have in your hands a tool (phone, computer, tablet + Twitter) that, by just moving your fingers, can connect you, your students, and your communities to resources, ideas, and people from around the world – a tool that can empower kids and educators to learn, create, grow – why would you choose NOT to start using it? What would be your reasoning?

“We are dumber because of technology.”

“People are disconnected from one another because of how we use technology.”

In my travels, I have heard all of these arguments.

You will hear people say things like “Twitter is stupid.” Just to clarify, Twitter is a thing and can’t be stupid. It is the equivalent of a student not understanding math and then saying “math is stupid.” It is often our lack of understanding that leads us to make statements like this, which I made myself. One of the questions that I ask people when they make these remarks is, “from your use of Twitter, tell me why it is stupid?”, which is sometimes followed by, “Well, I have never used it.” That would be the equivalent of me saying that a Lamborghini handles terribly. I could say that, but I have never experienced driving one, nor have I ever done any research on the vehicle. 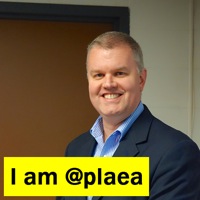 Follow along for updates. I’ll also be using the #plaea hashtag. This week I’m…

and much, much more. Woo hoo!

Here are a few more links on ‘rotation curation.’ What fun could you have with this idea in your school or district?! 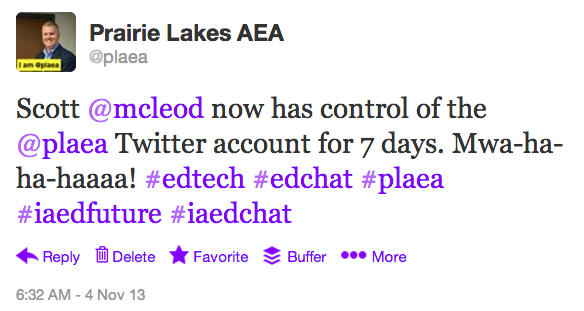 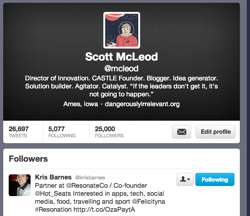 Although my Twitter birthday is April 11, 2007, it took me four tries over at least a year’s worth of time before I really understood how to make it work for me. Since then it’s been an invaluable resource for my professional and personal growth, both as a learning channel and as a resource dissemination vehicle.

Three days ago I hit the milestone of 25,000 subscribers. I realize that following someone on Twitter doesn’t require an enormous effort, but nonetheless that’s a big number. The numbers of people who follow me on Twitter and read my blog are roughly equal now. Thank you, each and every one of you, for including me in your learning networks. I’m humbled every day by your willingness to connect with my ideas and resources and am grateful that we live in a time when we have so many different options for global communication, connection, and learning. 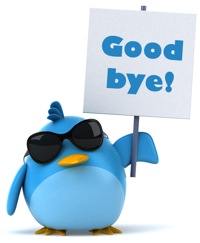 Tony Baldasaro blogged yesterday that he just unsubscribed from every single person on Twitter that he was following. All 5,000 of them. He is starting again from scratch, deciding anew whom to follow. Here’s the comment that I left him:

I concur with Chris Lehmann. Use Twitter the way it feels right to you.

My usage is more like Chris’, I believe. I am following nearly 4,500 and am followed by many more. Here’s the way I think about those two groups:

1. Following – I don’t subscribe to celebrities or other sources that are less informational, but I do subscribe to anyone that might feed me good resources that I’ll care about. I then organize them into lists and/or use hashtags to categorize the incoming information. I don’t mind if there’s a lot of other stuff in my streams besides resources. I’m getting pretty adept at scanning a column in Hootsuite, spotting the stuff I want, and ignoring the rest. I’m not concerned about how many I’m following because I figure that the 2 seconds it took for me to subscribe to someone may pay off a month from now when that person shares something in which I’ll find value. The bigger my net, the more chance I have of catching something useful. I think about Twitter like fishing in a fast-moving river: I don’t worry about all of the fish I missed but I’m always delighted about the ones that I do catch!

2. Followers – I primarily use my Twitter account to share out resources. 90%+ of what I tweet out is a link to something I saw online and thought was interesting or useful: a quote, blog post, web site, new report, video, someone else’s tweet, etc. About 9% of my Twitter use is conversations with other people, and the remaining 1% might be occasional silliness (like the couple of Halloween pics I tweeted last evening). That ratio seems to be working well for me and, I guess, my followers since my numbers keep growing and my stuff keeps getting reshared (which I want because I want to reach people and be helpful).

I looked at the new, short list of people that you’re now following. That’s a great group that’s guaranteed to feed you awesome stuff (I also found a couple of folks I thought that I was following but wasn’t so thank you!). I’m honored to be on that list; please know that I am appreciative. I’ll look forward to our continued interactions in the Twittersphere.

Tony’s post reminds us that social networks are like gardens (thank you, David Warlick). They require some nurturing and, yes, some pruning now and then. Sometimes they may even be like prairies, requiring a full burn to nurture new, positive growth. Head on over to Tony’s post and join the conversation: How do you decide whom you follow on Twitter?