Online sharing is not digital leadership 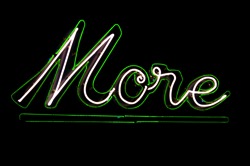 Using social media to share with your community? It’s a start, but it’s not enough.

Using social media to connect with other educators? That’s awesome, but that’s not enough either.

Using what you’ve learned from social media to significantly change the day-to-day learning experiences of students (and teachers)? Now you’re getting somewhere…

In other words, the branding and the PLN work is great. But true digital leadership is much, much more. Let’s hear more about what kids and educators are doing differently, please.

The 7th graders at the International School of Brussels had an entire day of technology- and Internet-suffused awesomeness yesterday. I was asked to send them a short kickoff video for their day since they had previously watched my TEDxDesMoines talk. Here’s what I sent them… 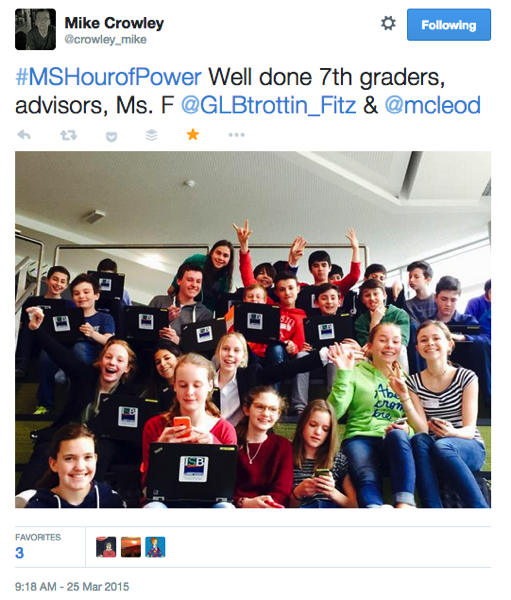 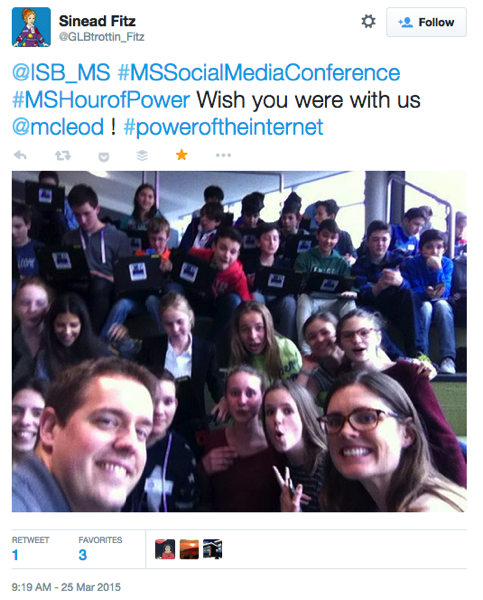 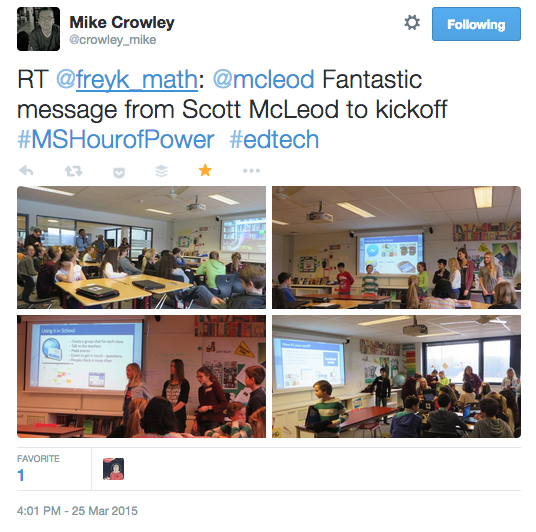 Delivering mass media is the least of the Net’s powers

We need to remember that delivering mass media is the least of the Net’s powers.

The Net’s super-power is connection without permission. Its almighty power is that we can make of it whatever we want. 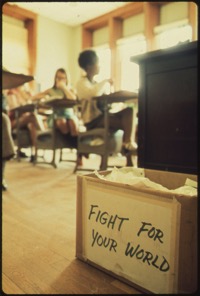 Will we speak out against injustices? Will we champion reciprocal accountability from leaders and policymakers? Will we rally the voices of others to advocate for necessary supports? Will we facilitate the actions of others to make necessary changes? Will we highlight exemplary, forward-thinking practices while simultaneously calling out those that need to be different? Will we speak up for those who are underrepresented and underserved?

Probably not. Despite living in a time of unprecedented communication opportunities, we’ll probably do nothing and hope that others say the things that need to be said. Because we’re scared. Or apathetic. Or don’t think we have value to add to the conversation.

We live in an era in which EVERY SINGLE ONE OF US can have a voice and can reach others around the globe at the speed of light. Will we just post family pictures and cat videos or will we leverage our new powers to make a dent in the universe? Will we share – transparently and openly – our hopes and dreams, needs and desires, expertise and experiences so that we may inspire others? Will we model for our children what it means to be participatory citizens? Will we create opportunities for students to actually be participatory citizens? Will we use our voices to make a difference in the world?

Probably not. But we could.

Image credit: Children in Fort Smith are Learning That Protecting the Environment Will Take More Than Awareness, U.S. National Archives