Is this what we mean by ‘close reading?’

85 questions assigned by a high school teacher to start off To Kill A Mockingbird… Is this what we mean by ‘close reading?’ 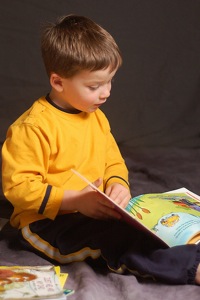 intrinsic motivation – has a huge empirical base of support in workplaces, schools, and elsewhere. We’ve long known that the pleasure one takes from an activity is a powerful predictor of success. For example, one group of researchers tried to sort out the factors that helped third and fourth graders remember what they had been reading. They found that how interested the students were in the passage was thirty times more important than how ‘readable’ the passage was. 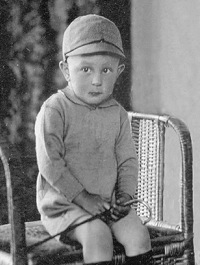 Florida’s program is called “Just Read, Florida!” and that name really captures the cluelessness of the whole approach. Like many Reformster programs, this one starts with the assumption that these little eight-year-old slackers just aren’t being sufficiently threatened and browbeaten. They could read, dammit– they’re just holding out on us! Don’t tell me about your problems or your challenges or your background or your use of English as a second language or your cognitive impairments or how your life gets in the way of your school– Just Read, Dammit! Just do it! Because there is no better pedagogical technique than Insisting Strongly.

Because children should grow as they are told to grow, and they should all grow exactly the same way at exactly the same time. And if they won’t behave and conform and obey, they must be punished until they will.

Read the rest at http://curmudgucation.blogspot.com/2014/05/rigorizing-eight-year-olds.html

What is the point of reading logs, anyway?  Teachers want kids to read – I get that.  But a reading log says, “I don’t trust you to read, so you must prove to me that you actually read for the prescribed number of minutes by writing down what you read and for how long you read.  And even then, I won’t take your word for it, so have your mom or dad sign the reading log as a witness that you actually did said reading, because you cannot be trusted.”

Here’s what reading logs actually do: they turn reading into a chore.  They teach kids that time spent matters more than content or understanding of content.  Reading logs tell kids that they are untrustworthy and must continually prove themselves.  They send the message that kids cannot be independent learners – they must rely on Mom and Dad to back them up.

This is not learning – it’s obedience.

Will an emphasis on ‘close reading’ kill the joy of reading?

As most educators know by now, the new Common Core standards emphasize ‘close reading.’ It’s hard to argue with that as a necessary skill for understanding complex writing. As a professor I spent lots of time dissecting research articles, book chapters, blog posts, and legal cases with my students. Close, careful reading and discussion also have been a staple of English / Language Arts classrooms for decades, as have been the critical analysis of political arguments in Social Studies classes, of pseudo-scientific claims in Science classes, and so on.

BUT… I keep thinking back to some quotes from Kelly Gallagher’s phenomenal book, Readicide:

“What has gone wrong in our schools: the creation of readicide through intensive overanalysis of literature and nonfiction. Young readers are drowning in a sea of sticky notes, marginalia, and double-entry journals and, as a result, their love of reading is being killed in the one place where the nourishment of a reading habit should be occurring – in school”

“On my desk is a copy of the Los Angeles Unified School District’s (2007) unit of study for teaching To Kill a Mockingbird. This study unit, a guide to teaching Harper Lee’s timeless novel, contains overarching questions, chapter study questions, essay questions, vocabulary lessons, activities for specific chapters, guided reading lessons, directions for setting up a writer’s notebook, literary analysis questions, collaborative activities, oral presentations, handouts, transparencies, displays, quizzes, and projects. It also comes with an almost incomprehensible unit guide. This guide is 122 pages long – almost half the length of the actual novel! … If I were to follow this curricular guide step-by-step in my classroom, there is little doubt my students would exit my class hating To Kill a Mockingbird forever. Worse, students who have been taught to hate To Kill a Mockingbird will find themselves much farther down the road toward hating all reading. . . . No student ever achieved reading flow from analyzing every nook and cranny of a complex work. Students in these reading situations are not coming up for air. They are coming up for life preservers. . . . The overanalysis of books creates instruction that values the trivial at the expense of the meaningful. . . . “As I look at the 122-page teaching guide for To Kill a Mockingbird, . . . the value in teaching this book is when we use this great book as a springboard to examine issues in today’s world. This opportunity seems to be largely missing in the district’s mandated curriculum. A golden opportunity for our children to read, to write, and to debate about relevant issues is buried under 122 pages of mind-numbing instructions.

“We would never buy a book at Barnes and Noble if it came with mandated chapter-by-chapter exams. We would never read a book so that we could tackle worksheets afterward. We would never begin a new read with the expressed goal of earning points. And we would never feel compelled to read if we had to complete a project after every book. Yet, as teachers, we do all of these things to developing readers. We subject them repeatedly to treatments that are counterproductive to developing book lovers. And we do it book after book, year after year. Worse, we rationalize our behavior by believing we must prepare students to perform well at test time. Shameful.”

So I’m torn. I want students to be able to critically analyze what they’re reading but even more importantly I want them to love to read. When I taught 8th grade, a mom told me that she once found her daughter reading in the shower, one arm stuck outside of the curtain. Now that’s a love for reading! I’m worried that the more we emphasize the technocratic side of reading, the less we will celebrate and foster the pleasurable aspects of reading. It does us no good to teach kids how to read if at the end they don’t read because we’ve sucked the joy out of it.

I’m concerned that, like in so many other areas of educational reform these days, we’re going to tip way past what’s reasonable. But maybe I’m just making stuff up. Got any thoughts on this?