The weakest area of most school computing plans is the leadership

Perhaps the weakest area of the typical one-to-one computing plan is the complete absence of leadership development for the administrative team – that is, learning how to manage the transition from a learning ecology where paper is the dominant technology for storing and retrieving information, to a world that is all digital, all the time.

No argument here! See, for example: 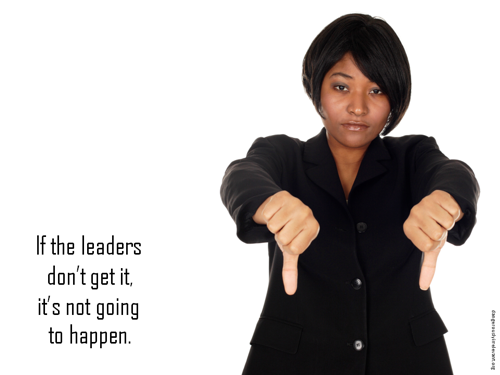 I asked 3 questions of the educators in charge of their district’s upcoming 1:1 student computing initiative. They worked in small groups and used editable Google spreadsheets to record their responses…

We then took the responses in Steps 2 and 3 and organized them by Bolman and Deal’s leadership frames. This helped us identify main themes, see patterns, and think about necessary action steps across the spectrum. See our final results.

See the documents that we used to facilitate our work

Tips: Two to three sentences for each response – not single words or short phrases – to facilitate depth of understanding and conversation. After each step, have them look at the other groups’ responses and discuss, first in their small group and then as a large group. Have a separate notes document ready to capture thoughts that emerge from those large group discussions. Working through the three spreadsheets takes 2 to 3 hours; this doesn’t include writing up the final results. 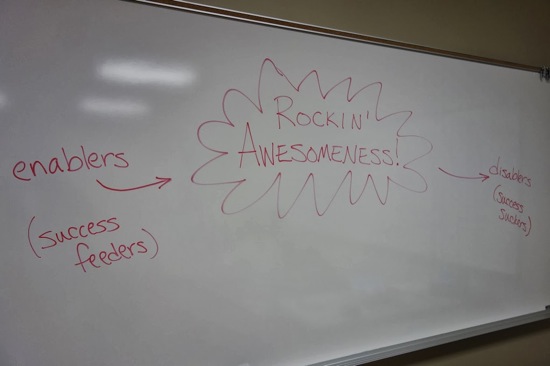 I have previously expressed my concerns regarding Diane Ravitch’s denigration of the power of digital technologies for learning and teaching. Her blog gives her a very visible online platform and I think that she should be a little more careful with her wording and claims, particularly given her self-professed lack of computer fluency. Although she’s been relatively quiet on the technology front lately, I believe that a couple of her recent posts about digital learning tools are worth responding to…

Tablets are not real computers

Diane labels a post from Red Queen as ‘one of the best posts ever.’ She quotes Red Queen:

We all know this about tablet “computers”: they are not real “working” machines. When I proposed buying a tablet for my student the dude behind the counter told me: “Don’t do it. You’ll have to buy a keyboard, it has way less memory and no ports, a smaller screen and slower speed: it’s just not what a serious student needs. By the time you’re done adding on, you’ll have a machine almost as expensive as a real computer with far less functionality”.

Any parent will have received that advice from just about any computer salesman. And while there are a few serious students out there who no doubt feel otherwise, I think it’s a fairly safe bet that the word on the street is: tablets are no substitute for a computer; students need computers.

Red Queen goes on to say that tablet computers are ‘frivolous electronics‘ and Diane includes that quote too.

Of course this belies actual reality. Tablets and smartphones continue to become both more powerful and more popular with every iteration. It is projected that sometime this year total tablet shipments will begin to surpass total PC shipments. Schools and educators that are using tablets are finding that they are quite robust computing machines, often able to do things easier or better than is possible with the larger, heavier, and often clunkier form factor of a laptop or desktop. While many people still may prefer a more expensive and robust computing device, it is ludicrous to say in September 2014 that an iOS or Android tablet isn’t a ‘real computer’ or that ‘serious students’ only should use laptops or desktops.

In another post, Diane cites excerpts from Amanda Ripley’s new book, The Smartest Kids in the World:

The anecdotal evidence suggests that Americans waste an extraordinary amount of tax money on high-tech toys for teachers and students, most of which have no proven learning value whatsoever. . . . In most of the highest-performing systems, technology is remarkably absent from classrooms.

Old-school can be good school. Eric’s high school in Busan, South Korea had austere classrooms with bare-bones computer labs. Out front, kids played soccer on a dirt field. From certain angles, the place looked like an American school from the 1950s. Most of Kim’s classrooms in Finland looked the same way: rows of desks in front of a simple chalkboard or an old-fashioned white board, the kind that was not connected to anything but the wall. . . . None of the classrooms in [Tom’s] Polish school had interactive white boards.

There are numerous issues with these types of quotes. For instance…

So, to sum up, so far Diane appears to be against online learning and digital educational games and simulations, and she shares posts that are against tablet computers or paint all technologies as disruptive and distracting. And that’s dangerous because people listen to her. She and many of her fans seem to ignore the fact that it’s awfully difficult to prepare students for success in a digital, global world without giving them access to digital technologies and Internet access. Railing against computer expenditures and Internet connectivity for our children is irresponsible, especially when those funds come from different sources and thus can’t be spent on teachers, support staff, professional development, or educational programming.

Now, to give Diane some credit, there are a few concerns raised in these posts that are worth noting:

These concerns, however, are more specific and nuanced and aren’t painted with an extremely broad anti-technology brush. If Diane typically discussed learning technologies in thoughtful and careful ways like these, I’d have much less concern. Loyal readers here know that I myself often express misgivings about ineffective technology integration and implementation in schools. But to say that there’s no educational worth whatsoever in online learning, educational simulations, tablet computers, or whatever Diane rants against next is patently false.

Whether we like it or not, digital technologies in education are here to stay. As I said in my earlier post,

the issue is not – as [Diane] seems to believe – that [digital tools] never have any value. The issues are 1) Under what circumstances do these new learning tools and spaces have value?, and 2) How do we create learning and policy environments in which that value is most likely to be realized?

Image credit: What if…, Darren Kuropatwa

Maybe ‘What do you want your students to do?’ is the wrong question

Laptops. iPads (or other tablet devices). Chromebooks. Maybe even netbooks or ultrabooks… As more schools and districts move toward 1:1 computing, one of the most common questions is ‘What device should we get for our students?’ The typical response is another question: ‘Well, what do you want your students to do?’ I wonder, though, if that’s the wrong question…

Here’s a short list of what most educators want their students to be able to do with a computing device:

I would venture to say that this brief list covers 95% or so of what educators want students to do. Guess what? All of the devices in the first paragraph let students do these.

Now, granted, some specialized software programs might be needed for particular students and/or purposes. A few high-end laptops or desktops floating around – or perhaps a specialized computer and/or maker lab – probably will suffice in most instances. Mainstream purchasing decisions likely won’t hinge on the exceptions anyway. As more tools move to the cloud – and as the basic capabilities of computing devices overlap substantially – considerations like price and form factor (e.g., tablet v. having a keyboard; do you need a forward-facing camera?) rise closer to the fore. Some mass configuration/setup issues also may be worth considering.

Since numerous devices now satisfy the demands listed above, we’re making decisions at the margins, not the core. In this kind of environment, perhaps the better question when considering what to purchase is ‘If we buy this device for students, what will they NOT be able to do that we and they will wish they could?‘

Any thoughts on this?

P.S. Notice that I didn’t include here decision-making factors based on adults’ needs to monitor, filter, lock down, and/or control. That was on purpose. If those are your primary concern instead of student-focused factors, good luck with your initiative. You’re going to need it.

Introducing a new feature here, here’s a school technology leadership scenario for you…

SCENARIO: You’re a new central office administrator in a growing district. Just a few months into the job you learn that the new high school your district is building – which was originally designed 3 to 4 years ago and is supposed to open next fall – is about to order 800 new desktop computers and put them into rooms configured as stationary computer labs. You know that computing is moving toward mobile, not tethered, environments and that universities, for example, are quickly getting away from labs altogether. The rooms are already built and wired, but you’re concerned about investing a significant amount of money in technologies that may not best meet the present and future needs of students and staff.

YOUR TURN: How do you handle this? Do you let this one go and fight other battles? Or do you take this on and try and stop the already-moving train (and, if so, what’s your approach)?

Got a school technology leadership scenario to share? Send it to me and I’ll see if we can post it. Make sure to let me know if you want your name attached or if you want to stay anonymous!