When students develop learning objectives based on the standards 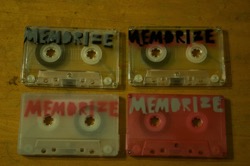 Two quotes from today’s article in The Des Moines Register, Iowa Poll: Common Core not so radioactive for Iowans:

When Iowa Poll respondents opposed to Common Core standards were asked about their objections, some lamented the shift from traditional teaching methods such as rote memorization of facts and formulas to a focus on more critical thinking.

Because we’ve learned nothing about teaching math in 50 years

Civil engineer Jack Burnham Jr., a 40-year-old independent voter, also has a “very negative” view. “I’ve got a math primer from the 1960s,” he said. “That math worked just fine.”

Shifting the public’s conceptions about learning and teaching is an ongoing, uphill battle…

Even more important than interpreting text

Common sense says we educate to help learners make better sense of experience – themselves, others, the world. Those Common Core Standards above say something very different, that we educate to help learners make more sense of text – words on a page. There’s no acknowledgement of the myriad other ways humans learn, no apparent recognition of the inadequacies of text in preparing the young for an unknown future, no apparent appreciation of the superior power of firsthand knowledge compared to secondhand knowledge, no provision for adopting ways of learning yet to be discovered.

The idea of the superior power of firsthand knowledge compared to secondhand knowledge particularly resonates with me. Problem-based learning approaches combined with digital technologies can be a powerful mechanism for fostering students’ firsthand acquisition of knowledge, skills, and experiences…

Is this what we mean by ‘close reading?’

85 questions assigned by a high school teacher to start off To Kill A Mockingbird… Is this what we mean by ‘close reading?’

Test makers should not be driving instruction

In a post about the difficulty of New York’s Common Core assessments, Robert Pondiscio said:

I’m going to disagree with Robert on this one. I’m fairly certain that test makers should NOT be the ones driving instruction…