Imagine that you wanted to slowly kill public education 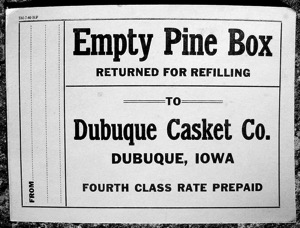 Imagine that you are a policymaker who is generally anti-government, anti-union, and pro-privatization. Public schools conflict with all of those, don’t they?

So you’ve got a challenge. Citizens and communities generally like and strongly support their schools. Somehow you have to create a narrative over time that erodes citizens’ support for public schools and counters their incredible historical legacies of college and career preparation, citizenship development, cultural socialization, economic opportunity creation, and facilitation of intergenerational income mobility.

Here are some things that you and your like-minded colleagues might try to do:

and so on, year-after-year, all under the guises of ’transparency’ and ‘accountability’ and ‘global competitiveness.’ Heck, you might even co-opt the journalists that used to ask tough questions about your educational policymaking (by, say, hiring them).

Here in Iowa? Checkmarks on all fronts, I believe (and we’re not as bad as many other states). There’s an evolving playbook out there, folks, and we’re seeing it being implemented in every state.

More of this to come in the years ahead… Do you care? If so, what will you do about it?