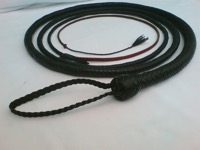 It’s not the need for standards. It’s the way they play out. . . . testing is not some benign educational process. It is a multibillion-dollar industry that is absorbing massive time, resources and cash that could be used for other things. Its a massive profit-making machine. . . . You can look at the value of there being some sort of commonly-agreed standards and some core content that could be helpful to schools. That’s one conversation. You can look at some value of some form of diagnostic testing. But when you look at it cumulatively and lay the politics on top of it, it’s just a mess. . . . People are just exhausted by this whole enterprise. . . . If you don’t implement reforms, then you don’t get the cash. It’s just trying to whip people into line. And it doesn’t have to be that way, as other countries are showing, looking for more creative approaches to education. . . .