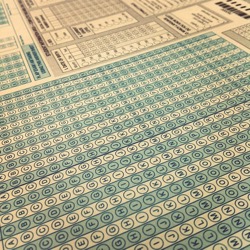 ten years into private practice, I don’t draw on my two months of intensive bar test prep to advise my clients or manage my work. I don’t rely on essay formulas to craft my briefs, and of course I have never encountered an MBE-style multiple choice question. But the thing is… PMBR and BAR/BRI worked. Test prep works. Test prep taught me to immerse myself in the logic of the test-makers, and how to effectively game the system to achieve my goal: a passing score.

The fact that test prep works is what scares me as a public school parent, because as a parent I know that my child’s standardized test scores tell me virtually nothing about whether she’s actually mastered the academic skills she needs for a successful future.

My two months of bar test prep taught me that mass-produced bar prep can successfully raise scores: my MBE score skyrocketed when I left my inquisitiveness, curiosity, and thoughtfulness at the door, and instead immersed myself completely in the test-makers’ logic. I was willing to engage in two months of intensive test-prep because the stakes were so high: I could have lost my new job for failing the bar. Test prep was a means to an end, and it was an end I wanted (passing the bar so I could begin my career as a litigator at a large law firm), so I was willing to spend (my firm’s) money and my time on the commercial test prep courses. Thankfully, though, our (generally tenured) law school professors focused on preparing us for the practice of law, and not on preparing us for a soon-to-be-forgotten standardized test.

But what will my child gain from devoting 9 of her 13 years of public education to test prep? She might become a genius at immersing herself in the logic of the test makers, but will she learn to write purposefully and well? Will she learn to creatively attack a problem? Will she learn empathy and art appreciation and history and how to work as a member of a team?