In an earlier post on 21st century curricula, I noted the following quote by Dr. Lauren Resnick, one of our nation’s most eminent cognitive researchers, writing at the time for the National Academy of Sciences:

The goals of increasing thinking and reasoning ability are old ones for educators. . . . But these goals were part of the high literacy tradition; they did not, by and large, apply to the more recent schools for the masses. Although it is not new to include thinking, problem solving, and reasoning in someone’s school curriculum, it is new to include it in everyone’s curriculum. It is new to take seriously the aspiration of making thinking and problem solving a regular part of a school program for all of the population . . . It is a new challenge to develop educational programs that assume that all individuals, not just an elite, can become competent thinkers.

[UPDATE: Be sure to read the comments below from Bill, Chris, and others]

Including [thinking] skills in education is a fine idea, but ignoring the realities of differing abilities is foolhardy. 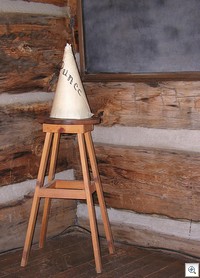 Effective communication is so strongly associated with intelligence that people who can read teleprompters well are seen as far more intelligent than they actually are and people who can not express themselves effectively are not given due weight.

Identifying key points,breaking down problems, making connections, being able to compare and contrast several different ideas or concepts are not equally distributed skills. They can be improved for almost all people, but educators are not able to just order up a round of smarter people.

It is quite obvious in everyday life that many people are lacking in critical thinking, communication, adaptability, and problem solving skills. I find it difficult to believe that the method of their education is the major, or even significantly contributing factor to that situation.

I started my undergraduate education in 1990, by graduation many of my science and mathematics classmates were working in an industry that had not existed when we began (the World Wide Web), and were in high demand. Why? Because the level of adaptability and problem solving required for the field at the time was rare and highly valued. They would have been creative and excellent problem solvers in any field, there just happened to be a sudden market demand. More market demand will not magically produce more ability.

Bill, isn’t it exactly these kinds of beliefs that have held poor and minority children back for decades? If cognitive, sociological, and educational research have taught us anything, it’s that ‘nurture’ is just as important as ‘nature’ and that notions of intelligence as ‘fixed’ are both outdated and viciously harmful. We have countless examples of instances where kids that society (and, apparently, you?) have given up on because they’re ‘just not smart’ are quite successful because we’ve changed the environments around them. Douglas Reeves’ 90-90-90 schools, the schools profiled by Chenoweth in ‘It’s Being Done,’ the work done by the Education Trust, etc. all belie the notion that some kids just aren’t ‘smart’ enough. The ones who aren’t smart enough are the educators and policymakers who haven’t figured out yet – or are unwilling to – reexamine our practices and structures to do what’s right for kids. I, and the scientific community at large, emphatically deny your assertion.

Image credit: Not my hat!