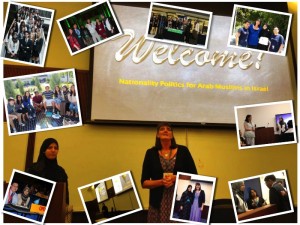 “We are dumber because of technology.”

“People are disconnected from one another because of how we use technology.”

In my travels, I have heard all of these arguments.

You will hear people say things like “Twitter is stupid.” Just to clarify, Twitter is a thing and can’t be stupid. It is the equivalent of a student not understanding math and then saying “math is stupid.” It is often our lack of understanding that leads us to make statements like this, which I made myself. One of the questions that I ask people when they make these remarks is, “from your use of Twitter, tell me why it is stupid?”, which is sometimes followed by, “Well, I have never used it.” That would be the equivalent of me saying that a Lamborghini handles terribly. I could say that, but I have never experienced driving one, nor have I ever done any research on the vehicle.

I think the words were important but when it comes from someone who didn’t write them and it’s positioned as if it is, it becomes disingenuous and very pretentious. . . . [L]et’s advocate for student voice but not fake ones. Our students do have a voice. Most of them are childlike, full of child like ideas and most aren’t as eloquent as adults because they aren’t adults. That’s what we’re supposed to be doing, helping them develop that voice. Yet we do have some that are ready for prime time and we should provide ways for them to share. I know some districts have had students keynote. I think that’s great, as long as the core of their story is their own, not the districts or their teachers. I’d way rather listen to a student share a less polished message that was their own than using them like a puppet to further other adults’ agendas.

Student voice without what Seymour Papert calls “kid power” is worse than empty rhetoric, it is a lie. . . . Too much of what is offered as “student voice” offers a false sense of agency, power, or freedom to the powerless.

Both posts are well worth reading. (hint, hint)

We need to stop putting words in the mouths of children and pretending that they’re theirs. It’s disingenuous and calculating and an insult to our youth.

Interest-driven learning is now both accessible and required

There have always been people who are really passionate about their learning and interest-driven, but with the advent of new technology, this kind of learning becomes something that is not only more accessible but also, really, required.