If I was teaching Social Studies today… 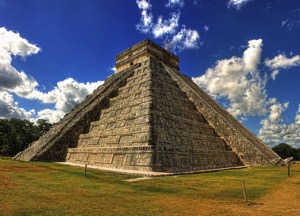 Some folks know that I started my education career as a middle school Social Studies teacher in Charlotte, North Carolina. If I was still doing that now, I would be incredibly excited because so many wonderful resources would be available to my classroom. For instance, if I was teaching Social Studies today…

My students and I definitely would be tapping into an incredible diversity of online resources. The American Historical Association offers over one thousand Civil War newspaper editorials, for example. It also offers a YouTube channel on which historians discuss their work, making history come alive for contemporary youth. The UC Davis California History Social Science Project frames current events within their historical context, connecting students’ present to the past. Like many teachers, I would tap into the the Library of Congress, which would give me tips for teaching with primary sources, including quarterly journal articles on topics such as integrating historical and geographic thinking. We’d also have access to historical documents from the British Museum – such as notes from an English merchant in Syria in 1739 – and to the prisoner of war archives from the Red Cross. Washington University in St. Louis has an amazing collection of interviews from the Great Depression. And, if I was stuck for an idea for class, I could access the Social Studies lesson plans at Educade or the 400+ lesson plans at the EDSITEment! web site from the National Endowment for the Humanities, including a very popular set for AP U.S. History.

Instead of being limited to my teaching and our textbook, we’d have access to an entire planet of experts. We could participate in a number of free Massively Open Online Courses (MOOCs), including over a dozen on Chinese History from Harvard University. We could listen to podcasts on the geography of world cultures from Stanford University. We could learn about maps and the geospatial revolution from a professor at Penn State University. And so on…

Without a doubt we would be living on Pinterest since it has dozens of pinboards – and tens of thousands of pins – related to history, including awesome resource sets from the Stanford History Education Group. We could search for pins on Native American history, Middle East cultures, Japanese history, government, geography, sociology, psychology, economics, and numerous other topics. Additionally, we could make our own sets related to local class topics and presentations using a friendly curation tool like Educlipper.

My class would be in YouTube heaven. Whether we were watching National Park videos from the 1930s, digging through World War I and World War II videos from the National Archives, or perusing the channels of the Presidential Libraries, we’d tap into the incredible diversity of historical sources that can be accessed with a few clicks of the mouse.

We’d have a variety of Social Studies simulations and games available to us. For instance, we could use the Civilization video games to learn and blog about political power and civics. We could find history games at Playing History or Flight to Freedom. We could engage in government simulations at GovGames or iCivics or Cyber Nations. We also could learn through ‘serious games’ about world issues, including poverty in Haiti, farming in the developing world, the impacts of the oil industry on our environment, or the 1979 revolution in Iran.

Even more exciting than what is available for us to peruse and consume, however, would be the technologies that allow us to interact, create, make, and do things together. Let’s take maps, for example. As fun as it is to explore the maps collection of the British Library, it’s even better when we roll up our sleeves and get to work. So I’d acquaint my students with mapping tools like OverlapMaps to improve their geographical sense of scale. Or I would send them to interact with the historical geography atlas of the United States from the University of Richmond, where they could trace the geography of the women’s suffrage movement over time. We could explore the Farm Security Administration photos from Yale University, perhaps drilling all the way down to a particular county. We’d learn how to make our own maps using Google’s mapping tools, then check out the maps that others have made. We’d add photos to our maps and investigate other mapping tools as well, including possibly making floor plans of locally-significant buildings. We might even take a cue from Michael Hathorn’s high school history students in Hartford, Vermont and use tools like Google SketchUp to make a historical model of our city or town.

On the podcasting front, we would listen to Social Studies podcasts such as Dan Carlin’s Hardcore History and Mr. Hunt’s Geography podcast. We’d subscribe to feeds and listen to podcasts from the U.S. government as well. As part of our class, I’d model to my students how to set up RSS readers and subscribe to podcasts, which they then could extend to other classes and their extracurricular interests and hobbies. We also would watch TED and TEDx talks like those from David Christian, Niall Ferguson, and Kirk Citron. We’d learn about historical 3D mapping from Eric Sanderson, the digital re-imagining of Gettysburg from Anne Knowles, escaping the Khmer Rouge from Sophal Ear, and the decline of violence from Steven Pinker. We’d also look at some teacher- and student-created video channels like HipHughesHistory and the Lens on Climate Change project. Then we could either host our own TEDxYouth event or perhaps create our own podcasting and/or video channel.

Other initiatives might include participating with other youth across the country in KQED Learning’s Do Now Roundups, discussing important political and societal issues. Like the 4e Gymnasium school in Amsterdam, we could use Facebook’s Timeline tool to make historical timelines on topics such as the Soviet Union, inventions, fashion, or Magellan’s voyage. We could use Minecraft to design our own self-sustainable towns. We could play Fantasy Geography. We could create our own social justice project like Bill Ferriter’s middle schoolers. And we could go on virtual field trips to expand our global awareness, visiting famous government sites as well as places like Pompeii, Stonehenge, and Colonial Williamsburg. We also could immerse ourselves in virtual reality stories from the New York Times.

Indeed, the more I could put my students to work, the better. As John Dewey noted, we learn what we do. So my students would do Social Studies, not just read about it. One inspiration would be the entirely-student-run Online Model United Nations. Another would be Wayland (MA) High School’s yearly student history projects, in which students engage in digital storytelling projects, scanning historical images and creating audio podcasts, interviewing local Vietnam-era veterans, and analyzing the papers of the commander of the Dachau concentration camp after its liberation. Maybe my students would write their own textbooks like those at Beachwood (OH) Middle School. They could make a local history wiki or, even better, make contributions to our global information commons by directly creating and editing Wikipedia pages. They could participate as ‘citizen-historians’ in crowdsourced projects such as those from HistoryPin, the University of Iowa Libraries DIYHistory project, or the Washington State Historical Society’s Civil War Pathways Project.

As a teacher I’d have numerous resources available to help me use all of these technologies and digital environments effectively. From Jeremiah McCall’s book and website, Gaming the Past, to Historical Thinking Matters to TeachingHistory, I would have access to incredible thinking and teaching from educators, historians, geographers, and other social scientists. I could utilize the Roy Rosenzweig Center for History and New Media software tools for historical research. I could incorporate Stanford University’s amazing library of historical critical thinking assessments at Beyond the Bubble. I could garner ideas from the City University of New York’s American Social History Project. And I could tap into the American Historical Association’s suggestions for teaching difficult legal or political topics or teaching with new media.

If we want our students to understand and appreciate history, they need to DO history. If we want them to learn and care about government, they need to DO government. If we want them to be good citizens, they need to BE active citizens. As Dan Carlin noted, we have a tremendous ability (and obligation) to energize and engage our students in Social Studies. It’s never been a better time to be a teacher in this area and I could easily share numerous other resources on these topics. Many Social Studies teachers aren’t aware of the vast diversity of online resources to them. What are your favorite online Social Studies resources that we could share with them?