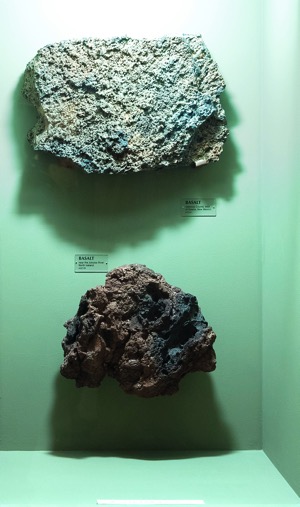 A couple of months ago I keynoted a STEM conference in Syracuse, New York. I talked a lot about the power of student agency and tried to give numerous, concrete examples of student-directed project- and inquiry-based learning in practice. We discussed the idea that the global innovation economy is pushing the skill sets of creativity, communication, critical thinking, and collaborative problem-solving much deeper into the labor pool than ever before. I also shared that the research on motivation and engagement from Deci & Ryan, Hallie, and others shows quite clearly that autonomy and self-direction are fundamental human needs that we violate to the detriment of both our students and our proclaimed academic goals.

During one of our conversation periods a secondary science teacher said to me, “I tried giving my students some agency two years ago and it didn’t work.” I did my best to quash my initial reaction of dismay that students lacked more opportunities for autonomy in his classroom and instead asked some follow-up questions. He shared with me that he taught earth science, that there was a mandatory segment of the curriculum on rock identification that was a significant component of the state exam, and that every year students were less than enthused about the unit (to be charitable). Two years ago he apparently had tried to give his students some choice in terms of both how they learned the material and their final work products but apparently student disinterest in the unit topic and/or how he framed the work were enough to overcome his early attempts at giving his students some agency and it went miserably. So he shut it down, returned to a very traditional structure of presentation and examination, and now was very skeptical of claims by myself or others that giving kids some voice and choice in their learning could be productive.

I couldn’t help but feel sad for this teacher. He took a small risk and it didn’t go well so he retreated back to his age-old practices, frustrated and resentful of others who preached something different. Numerous questions and concerns flashed through my mind as we interacted, few of which could be addressed in that venue at that time.

As school leaders, we must provide much greater support to our teachers as we ask them to initiate new instructional practices and ’transform school.’ I hear repeatedly from principals and superintendents that they supposedly have given their educators permission to be risk-takers. But it is not enough for school leaders to just give encouragement or permission. Our teachers deserve specific, concrete instructional (re)design strategies and techniques; short-cycle feedback loops; ongoing conversation with teaching peers about successes and failures; and long-term, follow-up activities that ensure implementation success. We also have to create organizational systems that foster ongoing innovation cultures rather than momentary risk-taking, including educator resilience and learning from failure. And we have to continually and critically interrogate our own internal culture, climate, messaging, reward systems, and other leadership practices that reinforce the status quo and mitigate our alleged ‘permission to take risks.’ During my short conversation with this teacher, it became clear that very few of these were in place in his school, which meant that from the start he was almost certain to fail. None of that was his fault, of course; it was the fault of the system in which he was embedded and the leaders of that system.

That science teacher in New York – the one who didn’t really know how to implement what he was trying and also didn’t have enough resilience to learn from his attempt and try again – represents countless other teachers all across the country. We have well-meaning educators everywhere who want to do right by kids and who want to innovate but lack the essential supports necessary to move their practice forward in ways that we are asking of them. Combine this lack of leadership and organizational support with compulsory topics of study (rock identification!) and compulsory exams (accountability!) that often don’t intersect with students’ interests or passions and it’s no wonder that we see so little innovation in our classrooms.

Dr. Richard Elmore, Gregory R. Anrig Research Professor at Harvard University, has written extensively about the concept of reciprocal accountability. Essentially, the idea is that for every increment of performance that school leaders and policymakers demand from teachers, they have at least an equal responsibility to provide them with the capacity to meet that expectation. We violate this capacity requirement daily in our school systems, piling mandate upon expectation upon wishful thinking without ever creating the concurrent support systems. Until we leaders take seriously our obligations of reciprocal accountability and capacity-building, we’re never going to see wide scale implementation of the changes so desperately needed in our classrooms and school systems.