Why would anyone who wishes to actually reach educators and hopefully influence change in schools not be blogging?

Also… why haven’t more faculty caught on to this?

Eight years later, I thought that I would share a couple of recent tables that I made in order to illustrate this point further. The first table is the number of academic citations that I have received on the top 20 things that I have written or created (according to Google Scholar). My citation numbers are decent if not spectacular; they’ve been enough to get me tenure at several of our nation’s top research institutions. 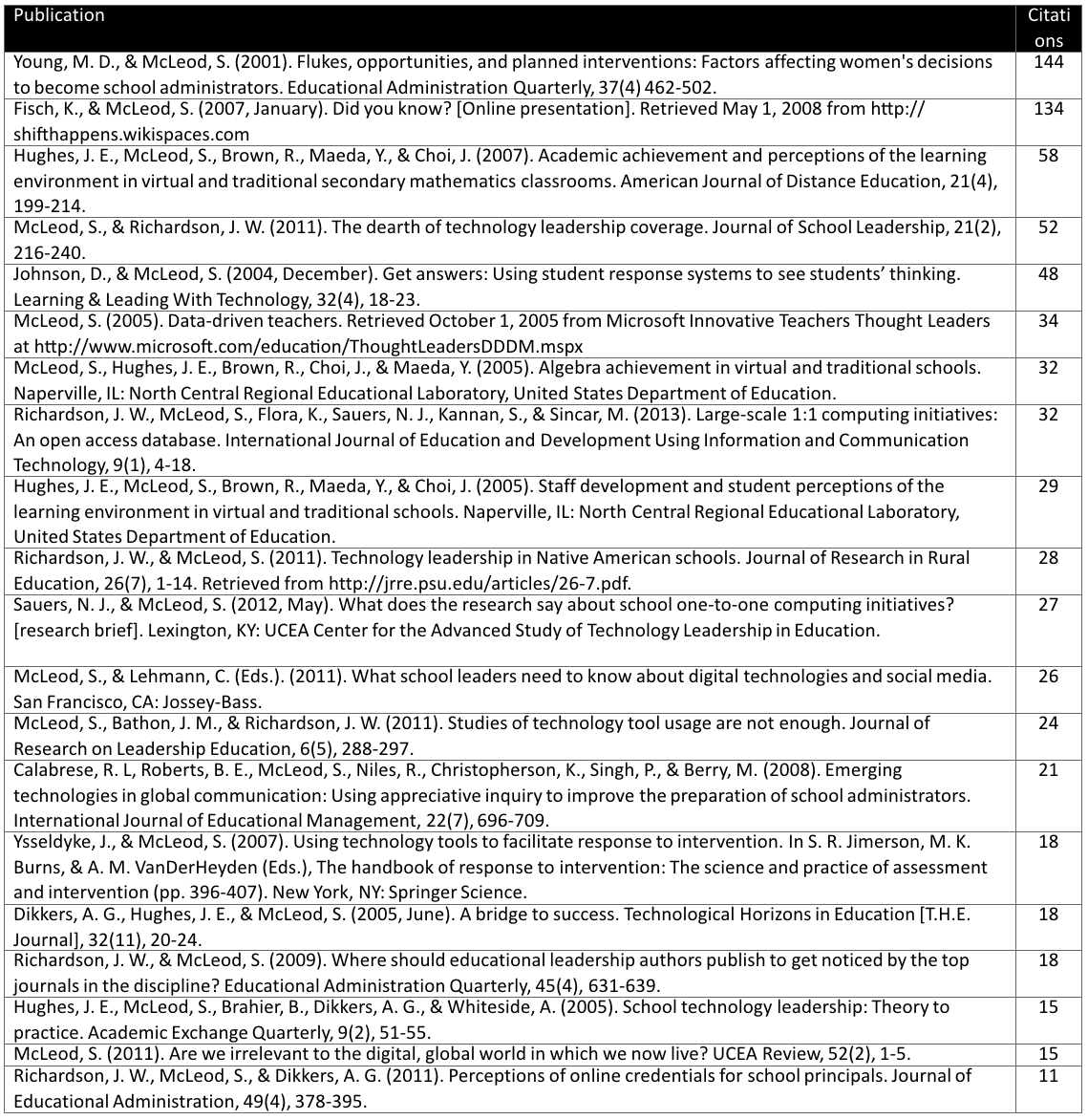 The second table shows the number of page views and comments that I have received on my top 20 blog posts. 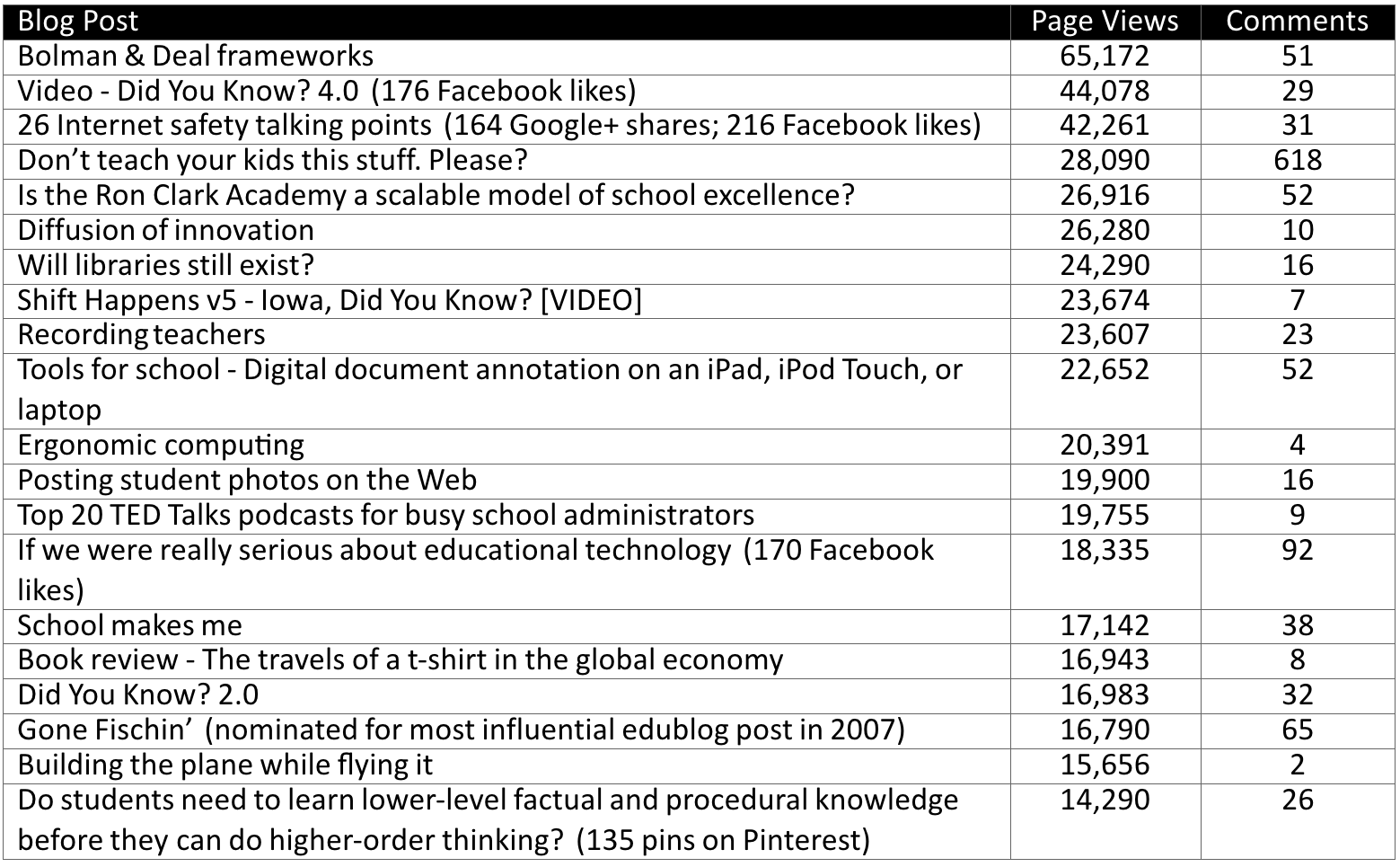 No comparison in terms of reach, visibility, interaction, and (hopefully) impact. The percentage of university faculty members who are blogging – although better than it was 8 years ago – is still incredibly low. We pay the price in terms of public and policymaker awareness of and attention to our work.