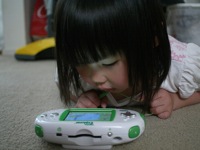 [George] Couros had a really nice statement in his article “… Technology should be at the point of instruction and be as accessible in learning as a pencil; it shouldn’t be an event. How many pencil labs do you have in your school?”

Great point. Tech should be at the point of instruction. He left off a word however: GREAT.

The technology we provide students should be the best we can provide.

Miguel Guhlin uses the “90% of all tasks can be completed” argument here as a way of implying that good enough is good enough. (He cites a study in the article.)

This idea of providing something that ALMOST can do the job is laughable. It is like giving a kid a donkey to run the Kentucky Derby. Okay kid, that donkey will actually make it around the track just like the thoroughbreds can. Never you mind that the race will be over for 30 minutes by the time you finish. The donkey is good enough for your needs.

The kids coming from low SES are the farthest behind. To give them something that is already hobbled is insulting. Here kid, you are behind already, here is something that will make you farther behind, But be glad, because you can do 90%!

I greatly appreciate Tim’s digital equity concerns and passion. We should indeed strive to provide the same for our children that we use as adults if we want their technology usage to be as authentic as possible. I’m struck by his observation that adult educators typically aren’t using cheap computers to do their day-to-day work but we seem to think it’s okay for kids:

Here is the deal: If cheap is the way to go and it is preparing kids for college and the workforce, then everybody in a school district that is IN THE WORKFORCE, every administrator, every clerk, every secretary, and every accountant at every campus all the way up to the district superintendent should be willing to use the cheap devices.

All that said, I’m having a hard time reconciling digital equity concerns with the realities of funding during this time of mindset and paradigm shifts. I want the best for kids too, but I’d rather have 90% for them than nothing. Tim might agree with me on that point. However, he’s not framing this as a choice between 90% and 0% but rather as a choice between 90% and 100%, with iPads closing the final gap at a price point similar to Chromebooks. I think that both devices have their limitations. If you forced me to choose personally (I have both), I’d rather have an iPad than a Chromebook, primarily because of its apps and ease of taking photos/videos. I’m not sure if I’m ready yet to pillory schools that make the opposite choice as they go for 90% instead of 0%.