Ed tech advocates: You can pack up and go home now

According to a recent Tech&Learning survey of its readers regarding use of digital technologies in their schools, over 90% of the survey respondents reported that they were either ‘pretty good and getting better’ or ‘truly 21st century.’ 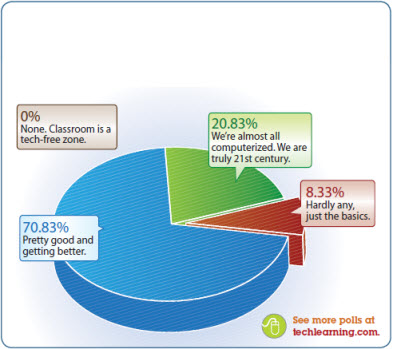 In other words… pack up your suitcases, conference speakers. Put away your soapboxes, ed techies. Shut down your blogs and Twitter accounts, tech advocates. Our work here is DONE.