It’s not “OK” for us to simply abstain from teaching kids to think simply based on the fact that we have to administer a test at the end of the year that’s expected to assess something as nebulous as learning.

How about a profound statement? Even if the tests went away tomorrow, very little would change in a lot of classrooms around the country, and teaching kids how to think would still take a back seat to teaching kids what to think. Call me cynical, but I don’t see a lot of teachers releasing their herculean grip from subject content in the name of teaching “21st century skills.” Why? Our education system has never been about innovation and adaptation; it’s been about perpetuation.

How do we reconcile standards and data-driven accountability with the “21st century skills” movement? The first step we need to take is forgetting about the test and teach kids to be curious while asking really, really good questions. I’ll never say that the tests are a positive, but I also won’t allow for them to be the scapegoat for why kids walk out of school without an ability to ask great questions of the world around them. Evidence? Multiple-choice tests existed in almost every classroom prior to the standardized testing movement, and they will exist long into the future regardless of what metric we use to assess student learning. 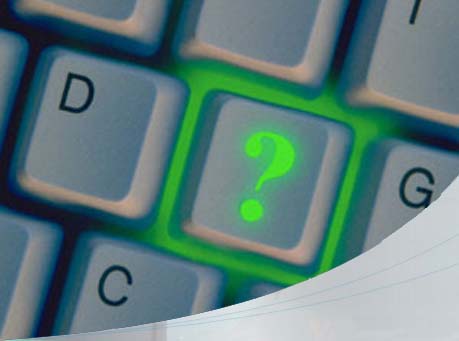 We also need to practice some serious introspection and ask ourselves what “21st century skills” are. I hear a lot of people boil “21st century skills” down to simply using technology. That’s a pretty myopic and cynical way of looking at the future of human progress. The truth is that “21st century skills” do have to do with adapting to new technologies effectively, but it has much, much more to do with being able to think deeply about topics, solve complex problems, and being capable of synthesizing information to form new solutions. If kids go through school unable to practice these skills, then everything else is for naught.

We kill curiosity in kids the same way that Sir Ken Robinson says we kill creativity. We point our fingers at standardized tests and cry out that they prohibit us from teaching the skills kids need, but we’re also not willing to accept that many classrooms wouldn’t be that different without them.

We, as educators, simply need to give ourselves a reality check on the messages that we send our kids that stunt their curiosity. I can’t tell you how many times I hear this comment and want to cringe:

Anything that we ever need to know in this day and age can be found on the Internet via Google or some other search engine.

Is that really the message we want to be sending kids? Do we want them to walk away from our classrooms believing that every, single question ever asked has been investigated by someone else and answered? What are they to do when they have questions that Google can’t answer? How, in those classrooms, do we teach kids to ask the really, good questions and solve the really complex problems that they will experience in their future? How is that statement any different from having kids select “A-E” without even getting a chance to contemplate “F” as the correct answer?

Throughout this post, it may seem as though I’ve ignored the very question that Scott has asked me to answer. Rest assured that’s exactly what I’ve done. The answer to the question is simple: start constructing lessons and classroom instruction around developing curious kids who inquire about the world around them. Ignore the tests. Until we live in a world where classrooms would look entirely different without the tests, we really have nothing to complain about while they’re here.

Aaron Eyler is a high school history teacher in central New Jersey. He has an M.A. in Educational Leadership from Rutgers University and is the writer of “Synthesizing Education” and (more recently) “The Democratic Classroom.” For his daily musings and rants, please follow him on twitter via @aaron_eyler.