[I’m reviving my Blogs That Deserve a Bigger Audience (DABA) feature. If there is a blog that you think should be featured here, drop me a note.]

Today I am awarding the Crimson Megaphone to José Vilson. José is an educator, writer, poet, web designer, and activist. He has one of the most distinctive voices in the education blogosphere. His blog definitely deserves a bigger audience.

the general conversations in education scare me. Deeply.

Some of these conversations make even the most seasoned administrators shake in their boots and question their own thought process, the most veteran and professional teachers more apprehensive about their pedagogy than they already are, and the most brilliant and inquisitive students feel like their whole spaces have no true security. The people we often refer to – the collective “they” – serve more as boogeymen than actual leaders of a people. We can name names like Joel Klein, Michael Bloomberg, Michelle Rhee, Arne Duncan, Barack Obama, Al Sharpton, et. al., but the minute they move, someone will eventually fill that position with more of this anti-people rhetoric. Furthermore, while these ladies and gentlemen attach their legacies to this work, there are hundreds of others behind the scenes who supplement these ideas, even unwittingly.

A part of me feels that those of us in social services ought not to delve too deep in the realm of stardom as it detracts from the constituents you’re trying to serve. Yet, a larger part of me says that it’s about time teachers stop being relegated to fairy-tale movies, political ads, and instructional videos. All three of these forms of the teacher image do nothing more than limit the dimensions of the spheres of influences we have.

Many teachers of all races, backgrounds, sexes, and ages have come in the classroom and proven effective facilitators of learning for urban youth, and to a certain extent, that’s true. And if the children is learning (I know what I wrote), then I admit there’s much to be gained there. I love that so many people are concerned about the plight of urban youth that they’re this open to talking about it and making a difference in a field that really needs teachers regardless of background. Plus, I get that there needs to be a diversity of experiences for everyone, as they have to survive in the same world that everyone else does. A small part of me also thinks who better to teach urban youth the tools needed to survive in a predominantly White country than … White people.

But I’d be lying if I told you I wasn’t disturbed by the lack of representation of Black / Latino males as teachers.

this is why I teach: not only is this a job for me, but it’s an understanding that I’ll pay forward what I’ve been given. There are teachers in our system who are case studies for the retraction of tenure, but the teachers I’ve had by and large not only made me the man I am, but gave up so much of themselves to be figures of inspiration for me. I did my end, working hard to achieve the heights I did, but when I got out of line, they disciplined me. When I needed the encouragement, I got it and tenfold. I remember their ability to make me feel like everything I had to say was important, and my thoughts mattered, and for someone with the aforementioned history, it means a million.

A Synopsis of the Road Less Wanted

Many of these children don’t really have a disorder, and it’s been proven that if you just talk to some of these kids like human beings, those disorders start going away. And even if they’re not getting mistreated for some disability, they’re getting mistreated in the classroom. Some people who don’t belong near a classroom but see the value in looking like they’re making a difference let their inherent classism and racism shine brightest and thus build mistrust for an education for kids who need it.

Whereupon I Might Encourage Bodily Harm to a Teacher

“He says we’re stupider than dogs.”

My eyes probably went from an off-white glow to a bright-red blaze. Infuriated that any teacher would try to academically dehumanize students who I’ve had for years and known to be fairly astute, I envisioned pounding this imaginary teacher’s face in for kicks. I’m a peace-loving man and I’ve never met this teacher, but when we can’t differentiate between a student’s acts and a student’s humanity, that pushes me over the edge. 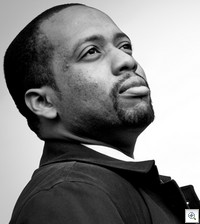 I also asked José to participate in 5 Questions…

The biggest thing that’s caught my attention is that these students, whether extroverts or pretend extroverts, want desperately to find solutions for their classes and for the system as a whole. They’re looking to share as much as possible about the things they work for them, but without pretense or prejudice. It’s not just political talk; it’s about the pedagogy, and that’s awesome.

2. Besides your own blog and Dangerously Irrelevant, what are 3 blogs that you’d recommend to a school administrator that’s new to the education blogosphere?

3. What’s something exciting that you’re working on right now?

Right now, I’m working on advocating for the increase in racially underrepresented males (i.e. Black / Latino / Asian men) in the teaching profession. I’m also working within my school to synthesize and clarify the role of the math teacher in the next 4-5 years. As part of the Teacher Leaders Network, I’m seeing my work in the lens of local and national teachers.

4. What is a special learning experience you had when you were in elementary or secondary school? What made it special and memorable?

I’ve had plenty of learning experiences that I appreciated. My favorite one was reading "Roll of Thunder, Hear My Cry". As someone who didn’t really understand the racial divisions that existed and still exist, the book and the proceeding discussions planted the seed in me to examine those and fight for equity in this country. Part of that was becoming a teacher. (Though I teach math, and not ELA).

5. How do (or would) you respond to someone who says ‘We’d be moving forward if it weren’t for the standardized tests.’

A part of me feels like we need standardized tests. It’s hard to measure and compare our students as a whole if we don’t have assessments that measure specific items we’d like students to learn by a certain time. I do have to say, however, that our focus on standardized tests has been to the detriment of schools. The lack of diversity in equitable and sustainable models for examining student knowledge has limited the ability for all schools to push their students into this century as thinkers. Students can’t critically think if they’re just taught to manipulate multiple-choice questions and give a "proper" answer for an open-ended question.

Thank you, José, for all that you do!