Two presidents and Lessig – Evening 2 of the World Technology Summit

Well, it’s not every day that one gets within six feet of two presidents. Last Thursday, just as my colleague at ISU, Dr. John Nash, and I were walking out of our hotel, the motorcade for President Obama came by:

A couple of hours later I was hanging out with Nkubito Bakuramutsa, head of the ICT department of the Rwandan Development Board, just a few feet from Paul Kagame, Rwanda’s President. Later that evening Kagame won the World Technology Award for Policy: 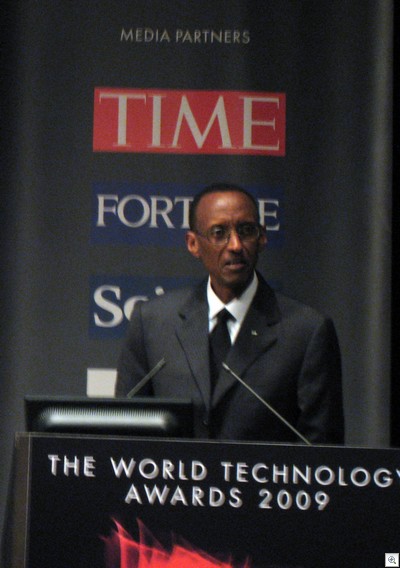 Lawrence Lessig won the award for Law. Here are two quickly-recorded videos of his statements: