Is anyone else exhausted?

Is anyone else tired of the constant struggle to get the federal government to invest in our nation’s future (hello, there’s a T in STEM!). I confess that I’m getting tired of hearing them talk out of both sides of their mouth simultaneously (see exhibits below). Aren’t you? 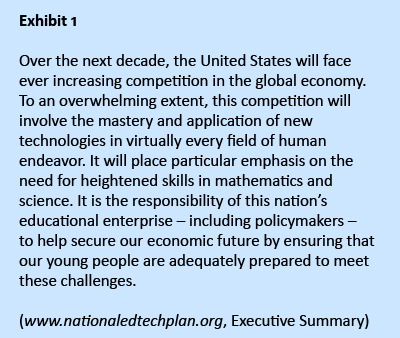 Technology is not important!

Or, in graphical form… 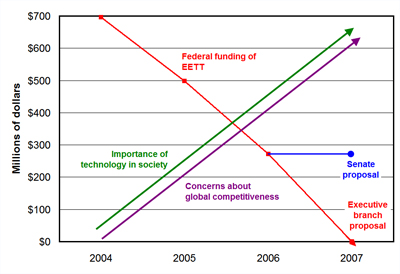 [FYI, $272 million is the amount a single state, Pennsylvania, spent on child care two years ago. It’s also a little less than the movie Meet the Fockers grossed in the U.S. Divided by about 54.7 million public school students, it’s about $5 per public school student. Some national investment, huh?]

Maybe Tim Magner, our new director of the Office of Educational Technology, can do something positive. I heard his talk from the AALF conference (thanks for the podcast, Andy!) and it sounded like he was on the right track (now if only he and his office had more power and influence…).

In the meantime, please keep fighting the good fight: